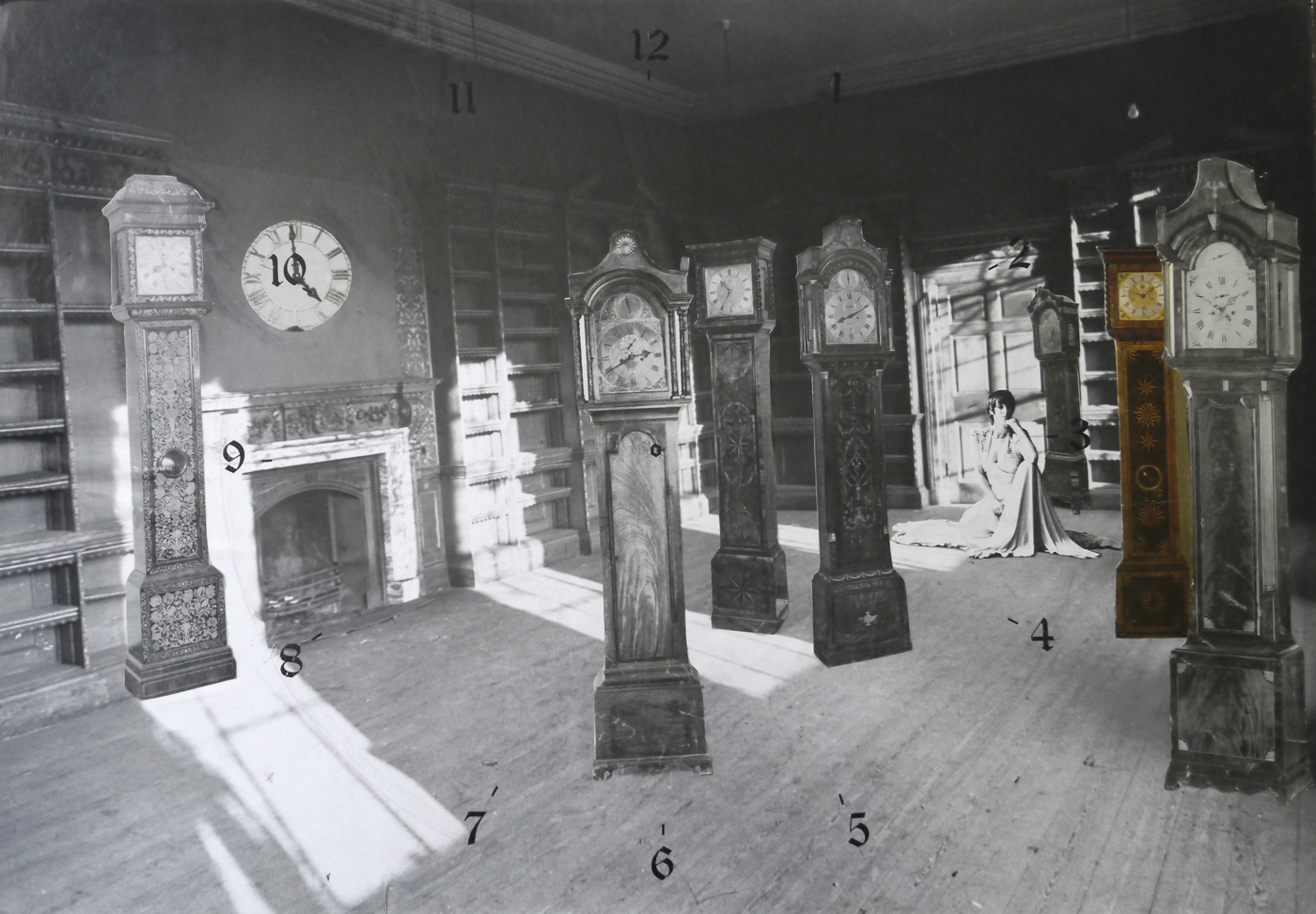 This piece was created by Penny Slinger and Dhiren Dasu for the Institute of Contemporary Art, London‘s Soundworks program.

This is my meditation on the nature of time, at this time, a slice of time, sliced and diced and served as a small insert, a ripple in the time space continuum. Each part was executed in a single pass, as a painter loads his brush with all the colors to make one master stroke. In this case, a time stroke.
Penny Slinger

Time is a measure of rhythm. Most mammal’s heart beats about four times per breath*. The primal connection that we share with our fellow creatures is this rhythm. We experience time moving in one direction, i.e. forward, due to the limited number of heartbeats in the span of our lifetimes.
Timepiece was created as a blend of organic and digital rhythms. The internal clocks of the artists’ merge with the digital clocks of technology.

Penny Slinger’s voice was recorded in one unbroken take as she delivered an extempore meditation and musing on time. The take was almost 20 minutes long – the maximum length of time allotted for the piece. No editing was done on the vocals. All pops, clicks, and other ambient sounds, including the sound of her foot stamping are left in their raw form. These different rhythms as expressed through sound, breath, and movement stem from her internal timepiece.

These were then mapped onto an analog controller with four human interface inputs, aka knobs. This system allowed us to route the analog signal, the raw voice, through four discrete delay effects with differing timing, spatial placement, and feedback ratios.

We then performed a real-time mix by blending these different signals down to a stereo track allowing different versions of time to sit atop one another. This was done by both artists, thus blending both human clocks and rhythms. This take was done in a one off dub** style mix.

Citations:
* John H. Lienhard, University of Houston from Stephen J. Gould, The Panda’s Thumb: More Reflections in Natural History. New York: W. W. Norton & Company, Inc. 198) {www.uh.edu/engines/epi1834.htm}
** Dub: In this context, it refers to a style of performing a real time mix with extensive use of delay and echo effects as pioneered by Jamaican music producers. {en.wikipedia.org/wiki/Dub_(music)}
***Dr. Robert Myers – Heart Beats and Life Span – Do we have a finite number of heart beats ? {www.medcan.com/articles/heart_be…r_of_heart_beats/}