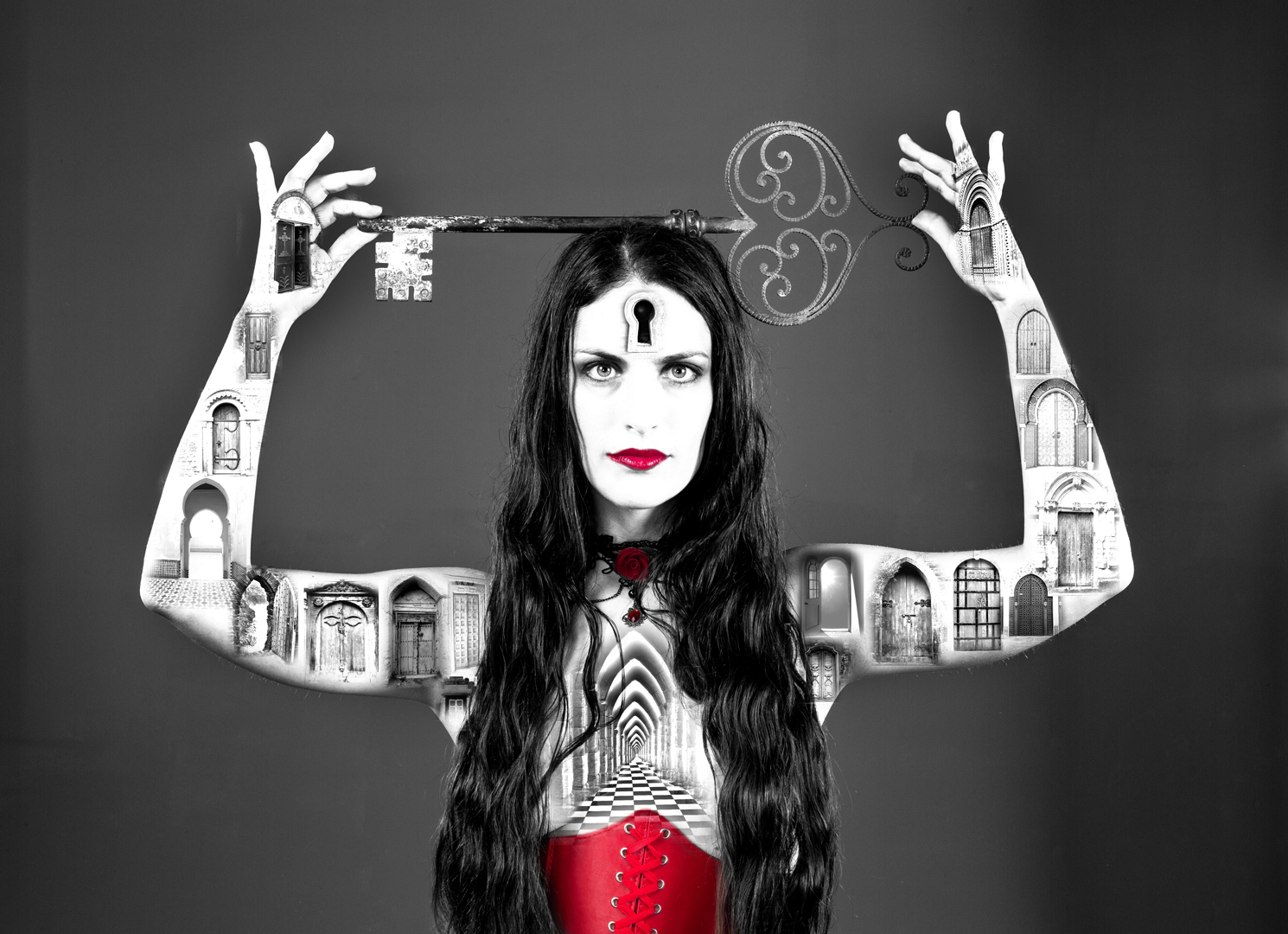 I have been collaborating with the very talented Marya Stark over many years now. We did a photo series together in my studio, just to do it, with no particular goal in mind.

A while later I started playing with the photos in the digital collage realm. I processed the photos in Adobe Lightroom, brought some into Corel Painter to employ its brushes and developed layers in Adobe Photoshop. A related set of images evolved and became the Queen of Keys series.

When I showed them to Marya she was inspired to write a song based on the artworks. I sent her some words, some poetry that came to mind for each image and she crafted a song, layering her voice and adding minimal instrumentation. Both Dhiren Dasu and David Earl helped create and produce the audio.

I then made the video Queen of Keys to the song, simply using the set of images and nothing else.

So this production is an example of dynamic collaboration between women artist/es. Each one’s creativity spurring the next round of creation.